Update (1/21/18): I have recently started using a 2017 iMac Pro with the custom Apple T2 SSD controller. Since the libaio engine is not available to MacOS, I used the default ioengine=sync for the cross-platform benchmark.

As far as I can tell, the iMac Pro SSD performance blows away even the 900P in this synthetic io benchmark. The 900P is already far faster than any consumer M.2 MLC SSD in heavy io tasks, so to see it beaten by the iMac Pro is surprising. Furthermore, the T2 is providing encryption by default, something that could potentially lower the 900P results if enabled.

My anecdotal usage with write and io-intensive builds bear this impressive result out in real world scenarios: The iMac Pro appears to have an incredibly fast disk subsystem. 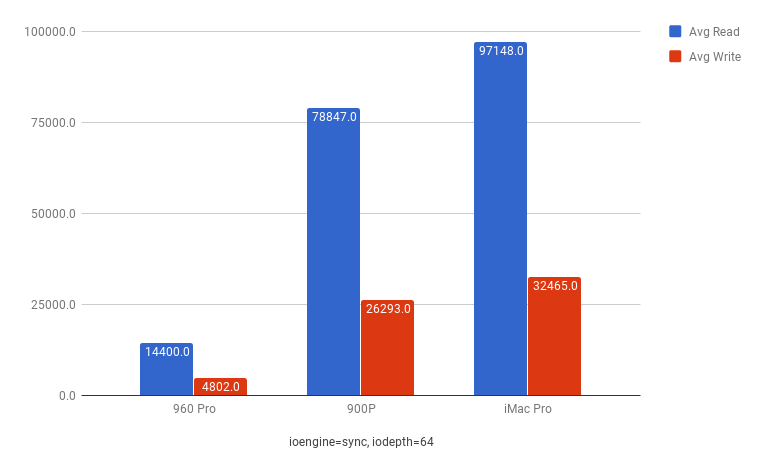 Hopefully we will see the T-series chips make their way into more Macs. 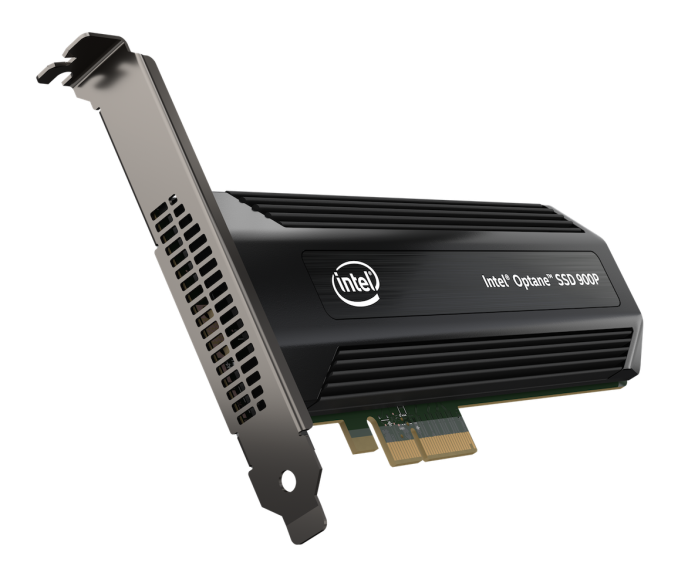 IO performance of the Intel 900P Optane SSD is fantastic. Large sequential transfers on the 900P will not be any faster than an NVME drive like the 960 Pro, but 4K random reads/writes are a completely different story.

I used fio to perform the tests using several IO depths on a 960 Pro (NVME), 850 Evo (SATA), and Intel 900P (NVME). Tests were performed 3 times with the average recorded.

The test used the following command:

Importantly, the test is a 75/25 mix of random read/write. 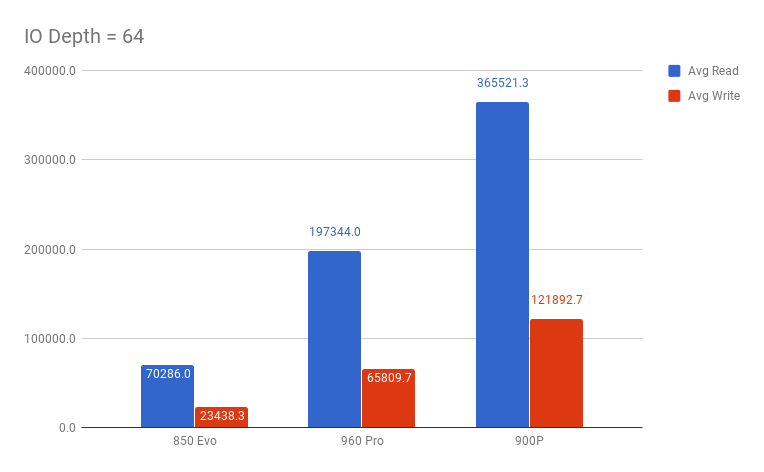 This is a best case scenario for the traditional SSDs. However, you can see the 900P starts very strong here. 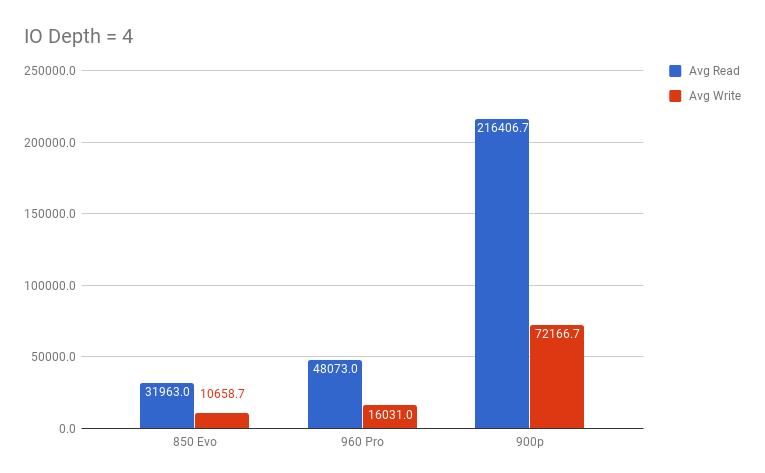 A depth of 4 is a more realistic benchmark. You can see that as the parallelism decreases the traditional SSDs fall further behind. 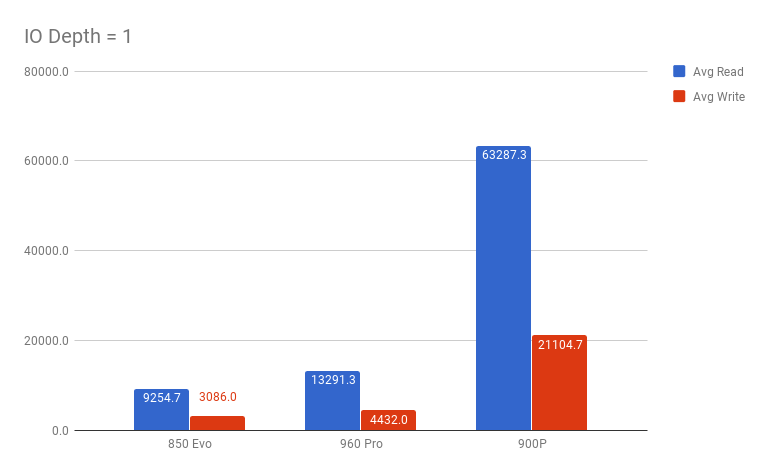 This is the worst case scenario. The 900P maintains a strong lead with the iops of both SSDs falling way behind. Even the 960 Pro, a top-performing MLC SSD, performs at only 21% of the read and write performance of the 900P.

I plan to do more testing in the coming weeks.

Get the latest posts delivered right to your inbox

Server OS: Ubuntu 16.04.3 NFS can be a bit quirky, but I needed to use it recently in a local development environment. I ran into a few issues connecting from MacOS that I do not usually with Linux-only client/server connections. NFSv4

Stay up to date! Get all the latest & greatest posts delivered straight to your inbox